Our membership brochure is a handy information piece that describes our organization and the work that we do throughout the community.
Download the PDF 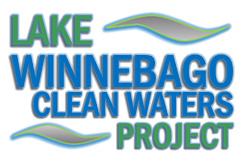 In the fall of 2013, the Lake Winnebago Quality Improvement Association of Fond du Lac County (LWQIA) initiated a Fond du Lac area-wide campaign to reduce harmful runoff into Lake Winnebago. Promoting landscaping with native plants, especially on a small scale, was the initial focus. The idea was to have a positive campaign, which would get many to take action to help the Lake with the hope that many "little bits" would add up to a significant effort. A group of people representing a variety of interests has been meeting at the Fond du Lac Area Foundation office. Since the fall, the campaign has morphed into an effort broader than native landscaping. Many actions are now part of the campaign's focus, and what was referred to as the "runoff campaign" has officially become the "Lake Winnebago Clean Waters Project."

"Project" highlights include, but are not limited to, using a rain barrel, creating a rain garden, using buffer zones, and planting and saving trees. The "Project" plans to feature demonstration sites so that the public can learn more about the actions it highlights and their importance in reducing runoff in urban and rural areas. In order to create interest in the effort and help educate the people of the Fond du Lac area section of the Lake Winnebago Watershed, the Project now has a presence on Facebook.

LWQIA supports the Lake Winnebago Clean Waters Project and serves as its fiscal agent. LWQIA is an IRS recognized non-profit organization with a 501(c)(3) status, which means that donations to the organization are tax-deductible to the full extent of the law.

One of the Lake Winnebago Clean Waters Project's efforts is the creation of a native plant demonstration garden in Fond du Lac's Lakeside Park West. For information on the garden and to volunteer to help, visit www.lakesidewestgarden.com.

For information on a variety of actions to help stop polluted runoff, visit http://www.lakewinnebagocleanwatersproject.org.